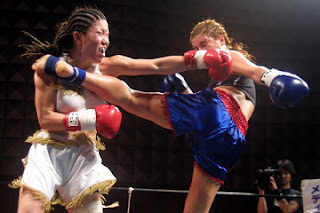 BREAKING NEWS!!
There has been a dramatic turn of events. In a recent post I reported on a very important race being held, where many Americans were going to vote. A race in which the contenders were crossing there fingers and hoping that they would be the winner. WELL, It seems that now something major has happened. ...... NOPE its still not the presidential elections, its my writing contest.
The second article that I wrote has also reached the number one spot in a completely different category. So now I have TWO articles sitting in the top seat. I'm talking about number one. NUMERO UNO! If all goes well tonight 1-9-08 at 6pm central standard time, I will have won two first place prizes of $75 cash EACH! I don't know if you can see the excitement in my words. But HOT DAMN, I'm freaking excited! I'm going to try and not count my chickens, or should I say pollo's until they hatch. But let me tell you, I have never won a writing contest or any other contest for that matter since the time back in 5th grade when I was spelling BEE CHAMPION! You know, that was only 10 or so years ago... hahaha, yeah right..I'm not going into specifics on the year of the famous spelling bee that rocked my small community, but let me just say, the big hairspray hair had not even hit yet! That was still about two years away. I guess if you really wanted to know my exact age you could simply look on my side bar where its been posted for the last 3 months, tehehehe. Any way, Wish me luck. Its not like I'm hard up for money, but who else is gonna give me $75 a pop for something that took me minutes to write? I'm actually in a slight state of shock because the second article was written in a span of 15 minutes, while my baby slept. When it hit 5th place out of 13 I had pretty much gave in to the fact that, that article was not going to even place in the top three. Boy was I wrong! So here I am, I feel like I'm in the playoffs right there in the trenches with my beloved Dallas Cowboys, or Dallas Mavericks! I'll stick to the Cowboys at least they have won the big one. My Mavs haven't but it wont be long, THIS I'm sure of...at least I hope so..tehehe. Ok, any way here are the links to my articles go check them out, and again, if you want to join, leave me a comment below with your email and I will get one right to you, so you can take a shot at writing for money.

This first link will take you to what I call the underdog, the article I had given up on.
http://www.helium.
com/tm/782050/child-enormous-family-father

This second article I will call my fighter. It was knocked down a couple of times but keeps getting back up to take its rightful spot at the top. ( Sorry, the writter in me came out there, bare with me.. :O) .....)
http://www.helium.com/tm/782050/child-enormous-family-father

That is so AWESOME! Congrats and Good Luck!

Thank you! It feels awsome