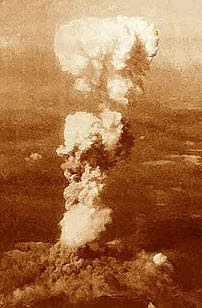 Well, the polls are closed and the votes have been counted. A total of 6 people voted in my "unofficial" election. It seems that the overwhelming majority voted for Hillary Clinton. There was one vote for Mr. Barak Obama and one vote for Dave Chapell, (my personal favorite), and one vote for none of the above. I would like to take a moment to thank all my readers who voted. I have waited eagerly for 10 long days to see what the results would be. I must say, I didn't think that Mrs.Clinton would be the winner. I actually thought that Paris would have taken the election by a landslide. Sorry, I was being sarcastic. I forget that sarcasm doesn't translate well in writing. Anyway. Lets talk about Hillary for a moment. I am all for women taking over the workforce. I love the idea that a woman is no longer forced to be a wilting flower when face to face with a man in power. Women can now stand their ground. Women now have the power to stand up to men and put them in their place for a change. Men can be our foot men, our go-fers, our secretaries, hahaha. We have the right to take those upper management positions and become CEO of fortune 500 companies, all while managing a household with kids. And here comes my BUT... BUT, are we really ready for a woman president? Lets just think about this for a second. I don't know about you but, when some one catches me in a bad mood, they had better have a damn good reason for being in my face, and be ready to feel the wrath even if they do have a reason. When some one, any one, but ESPECIALLY a man, catches me at the wrong time of the month, he had better run like he just saw the devil HERSELF. Sometimes I wonder what were to happen If I was president. The world better tuck its tail between it's legs and run, because I wont hesitate to push that nuke button when I'm in a bad mood. I know one thing, the world is not ready for me to be in that kind of power. Oh, the things I could do...... So you say, you want to point nukes at the U.S KOREA? HMMM interesting why don't you "SAY HELLO TO MY LITTLE FRIEND." I mean it, One nuke, that's all it would take for me to get my point across to Kim Jong Il. Why spend trillions of dollars and thousands of lives, I can take care of it for a fraction of the cost. Hey Kim Jong, Ask your neighbor, Hirohito. Remember 1945? I wonder what Hillary would do when she has had to battle those heat flashes and night sweats. Will Hillary be able to keep her composure after hearing Bill's millionth apology, "I'm sorry honey, I didn't mean too, she came on to me"? Will Hillary be ready for all of the Male leaders of other countries that still believe that women are nothing more that door mats and are not worth of being leaders? Will she be able to handle stupid comments from these men, the kind of comments that make you just want to gouge out their eyeballs with a fork and serve them to him for dinner? I don't think I could be so strong.
So, I ask you. Are we ready for a woman as President of the United States of America? I mean, I want to see the day a woman becomes president, I just don't want to see her when she is pissed.
Thank you all again for voting. Remember this poll and this particular blog is in no way a vote for or against any particular party. I am in no way affiliated with the left wing or the right. I just wanted to give all of my readers an opportunity to take part in at least one Democratic election. Make sure you vote. It is our gift from all of the soldiers who have given their lives so that we can be free to do and say what ever the hell we want. GOD BLESS AMERICA.